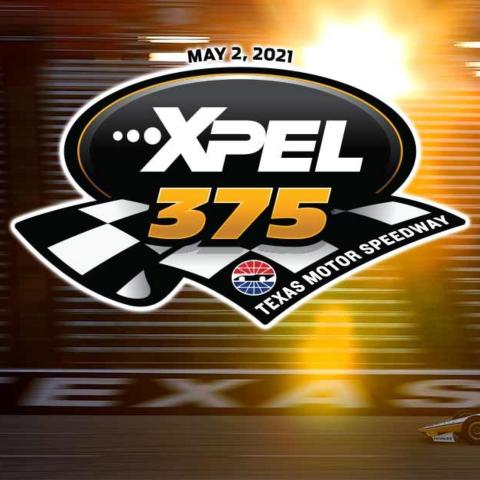 XPEL, Inc. (NASDAQ: XPEL) – a leading provider of protective films and coatings today announced a multi-year sponsorship at Texas Motor Speedway.  The second race of the 2021 NTT INDYCAR SERIES doubleheader, scheduled for Sunday, May 2, will be called the XPEL 375.  The race will be televised live on NBCSN with coverage beginning at 4 p.m. CT.

XPEL is a leading provider of protective films and coatings offering high-quality products, world-class customer support and a global network of trained installers.  By securing the naming rights for the XPEL 375, the company expects to generate significant brand exposure among core marketing segments including authorized dealers as well as consumers.  The race sponsorship is the Company’s second major professional motorsports activation in as many years.

“Last year we became the ‘Official Protective Film Partner’ of Team Penske and embarked on our sponsorship journey with Josef Newgarden and his No. 2 Chevrolet,” said XPEL President and Chief Executive Officer, Ryan Pape. “Our new partnership with Texas Motor Speedway solidifies our investment in the sport and we are excited to see how the race sponsorship will drive increased brand awareness to benefit our business.”

The speedway’s early May race date is new for 2021, replacing its traditional June INDYCAR SERIES race date which began and ran continuously since its inaugural season in 1997. Texas Motor Speedway held a same-day INDYCAR SERIES doubleheader on June 11, 2011, with each race paying half points toward the season championship. Each race of this season’s doubleheader races will pay full points.

“The XPEL 375 will be a second fantastic day of NTT INDYCAR SERIES excitement to kick off Texas Motor Speedway’s 25th Season of Speed,” said Texas Motor Speedway President and General Manager Eddie Gossage. “We’re thrilled to be working with yet another industry leader, with roots firmly established in Texas, to bring the best in open-wheel racing to race fans from across Texas and throughout the country.”

Texas Motor Speedway hosted two events annually from 1998-2004, with the second race held in either September or October and which served as the season finale in all but 1998. The Great American Speedway has hosted a total of 32 NTT INDYCAR SERIES races.

Tickets for Texas Motor Speedway’s 2021 major event season, including the NTT INDYCAR SERIES Genesys 300 (May 1) and XPEL 375 (May 2), on are sale now at https://www.texasmotorspeedway.com/nascar-indycar-tickets/.

Texas Motor Speedway is among the largest sports stadiums in the United States and features an array of amenities such as the world’s largest TV that make it one of the premier venues in the world of sports. The 1.5-mile superspeedway located in Fort Worth hosts all three NASCAR national series as well as the NTT IndyCar Series among its various races and specialty events throughout the year. Since opening in 1997, Texas Motor Speedway has generated an annual economic impact of approximately $300 million to the North Texas region. Texas Motor Speedway is owned and operated by Speedway Motorsports, LLC, a leading marketer and promoter of motorsports entertainment in the United States. For more information, please visit texasmotorspeedway.com.