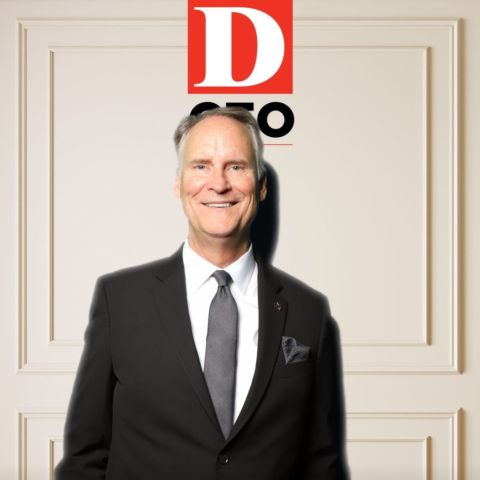 Texas Motor Speedway Executive Vice President and General Manager Mark Faber was named as one of the Dallas 500 by D CEO.

The award-winning business title of D Magazine Partners revealed its list of those included in the 2023 edition of the Dallas 500 at an exclusive reception held Nov. 16 at The Mason Dallas. Unprecedented in scope, the 176-page 2023 edition of the Dallas 500 provides an engaging, personal look at people at the top of their game in more than 50 prominent industries. For the latest edition, editors added two new categories—newcomers and hospitality—and expanded others, including sports and innovators categories.

“I’m honored for D CEO to include me in such an esteemed group of people,” said Faber. “It’s great to be back in the great state of Texas at Texas Motor Speedway for Marcus Smith and the Speedway Motorsports family. I look forward to the opportunity to make an impact in the community with our great schedule of events and through outreach to all.”

Along with industry updates and strategies for success, the leaders shared the biggest risks they’ve taken, items on their bucket lists, and what they’d choose as their spirit animal.

“Making the Dallas 500 is no easy feat in a market as large and vibrant as North Texas,” said D CEO Editor Christine Perez. “Those featured in our 2023 edition are the best of the best; they play an integral role in driving the local economy.”

“The 2023 edition showcases the unique energy of these North Texas leaders,” said Noelle LeVeaux, publisher of D Magazine Partners. “There is no other region in the country with the breadth of talent, passion, and commitment as Dallas-Fort Worth. I am particularly excited by their commitment to making Dallas an even better place to work, live, and grow a business.”

Faber joined Speedway Motorsports in August after 17 years with AEG, one of the world’s leading sports and live entertainment companies. As Senior Vice President of Global Partnerships for T-Mobile Arena in Las Vegas since 2014, he led a team responsible for securing high-revenue, long-term partners for naming rights, founding partners and premium inventory such as suites, loge boxes and club seating. Preceding his move to Las Vegas, Faber served as AEG’s Senior Vice President of Business Operations and Midwest Partnerships at the T-Mobile Center (formerly Sprint Center) in Kansas City, MO from 2005 to 2013. The Kansas native’s career in the sports industry also includes positions with the Orange Bowl and a six-year period with the Dallas Cowboys where he began as the sales and syndication coordinator for Dallas Cowboys Television Productions and was promoted to Vice President of Dallas Cowboys Training Camp Sales and Marketing. The Cowboys won back-to-back world championships and Faber was a member of the post-season advance team for NFC Championship Games and Super Bowls.