FORT WORTH, Texas (June 6, 2019) -
Scott Dixon out-sped everyone and everything but the rain during Thursday's evening's first IndyCar Series practice for Saturday night's DXC Technology 600 at Texas Motor Speedway.
Scheduled for two hours, the session saw only 41:13 of green flag time before being red-flagged once for wet conditions and finally canceled by steady rain.
The defending event champion and a three-time winner here, Dixon topped the chart at 219.308 mph after 25 laps in his No. 9 PNC Bank Honda fielded by Chip Ganassi Racing. 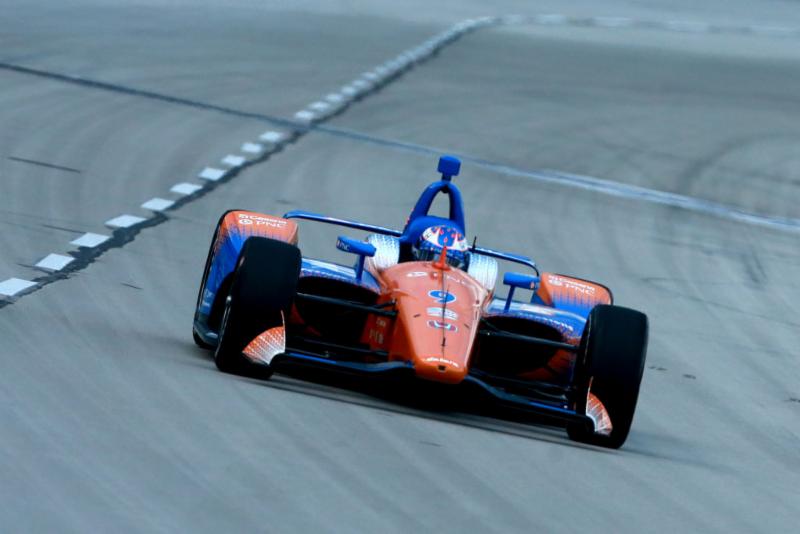 "Unfortunately today we just ran into weather," said Dixon, who led the final 119 laps around TMS' high-banked/1.5-mile quad-oval last June en route to victory over Simon Pagenaud of Team Penske. "It's nice to come in here and (be fastest), but it's 'early days' on the weekend and we really haven't gotten started. The PNC Bank car feels decent right out of the gate, and I hope we can get some additional track time tomorrow from INDYCAR to help with dialing-in the cars (for qualifying and the race)."
Dixon was followed by Takuma Sato at 219.262 mph in the No. 30 ABeam Consulting Honda fielded by Rahal Letterman Lanigan Racing. Sato's teammate, Graham Rahal, was third-fast at 218.311 mph in his No. 15 Fleet Cost & Care Honda.
The extra night session was scheduled to allow teams to hot lap in conditions they can expect to encounter on Saturday night.
"Honestly, I think it's a bit early to say for the tires and downforce and stuff," Sato said. "We had only few laps, to be honest. Did not even get through, I don't know, half of the stint, I wouldn't think. I think Firestone did a great job to bring the tire that has a really good feeling, solid feeling, more downforce than last year. So, I was obviously looking forward to a little bit more traffic runs, to go through the stint and see how the balance shift will be. But with the rain, we cannot do anything at the moment." 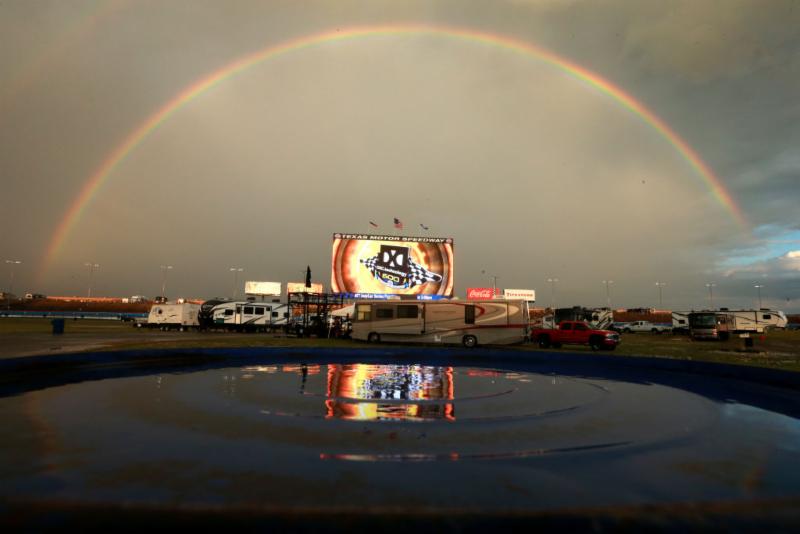 Charlie Kimball led the Chevrolet camp at 217.503 mph in the No. 23 Fiasp Carlin entry. Team Penske's Will Power was fifth at 217.196 mph in the No. 12 Verizon Chevrolet.
"We're coming out of today with a great baseline, even with the session cut short," Kimball said."We had a small electronic issue at the beginning of the session, really just a weird little gremlin, but once we got running we found that we had a really good foundation. The car was really solid in both traffic and in clean air - it just felt really good out there. Unfortunately, the rain came through before we were able to start working through our test list and developing the car, but I'm pretty happy with how the No. 23 Fiasp Carlin Chevrolet rolled off the truck. I'm looking forward to seeing what we have for qualifying tomorrow."
Colton Herta was the fastest rookie, in seventh, at 217.095 mph in the No. 88 GESS Capstone Honda fielded by Harding Steinbrenner Racing.
INDYCAR officials have added a 30-minute session to Friday's schedule to scuff-in Firestone tires and for pit practice beginning at 1:30 p.m.
Practice 2, scheduled for one hour, is booked for 2 p.m., with qualifying for the 248-lapper set for 5:45 p.m. The race is only the second oval-track event this season, two weeks after Pagenaud's victory in the 103
rd running of the Indianapolis 500.
"It was an interesting session to assess the new Firestone tires," said Pagenaud, who was 16th on the chart at 215.001 mph after 31 laps. "I think we'll dial -in the DXC Technology Chevy tomorrow. We have some good information so far and we'll see what we have tomorrow."
Coverage of "America's Original Nighttime IndyCar Race" will be carried live on NBC Sports Network beginning at 7 p.m. (CDT).
For tickets go to www.texasmotorspeedway.com or call the Ticket Office at 817-215-8500.

Notice of Risk and Policies

For vaccination details and scheduling, please contact the Denton County Public Health offices at 940-349-2585 or visit the homepage of their website at www.dentoncounty.gov. Please do not call or email Texas Motor Speedway. The speedway cannot take reservations and are only able to refer you to the Denton County Public Health Department. Thank you.

Gear up for an exciting season at No Limits, Texas

Lock in your season tickets for the 2021 season now for best seats and best benefits!